Calculus is a notoriously tricky subject and is not necessarily one that students want to see on their list of required courses (even if they had done well in their previous mathematics classes). This is because courses typically increase in difficulty as they become more advanced, so it’s hard to say whether previous achievements indicate future success.

Calculus can hit students with many different formulas and numbers, making their heads spin. The thought of increasingly difficult calculus classes may be a major concern for many students, but are these worries unfounded?

Does calculus get more challenging as students progress through the courses? And is Calc II indeed more complex than Calc I, and Calc III harder than Calc II?

What Do You Learn in Calculus? 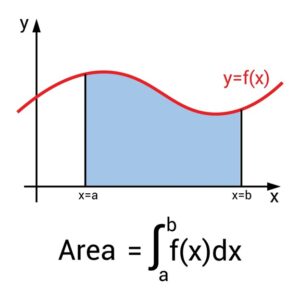 Before we compare their difficulties, let’s look at what students learn in each calculus class. The topics covered may vary slightly depending on the college, but the core concepts should be roughly the same.

While we won’t go into too much specific detail, you can get a better idea of what students learn in Calculus I, Calculus II, and Calculus III below.

This is where students typically start their college calculus journey. In Calculus I, students will begin the semester learning about single variable differential calculus, which will help them find the limits of algebraic functions.

From there, they will focus on other topics, such as:

Calc II, sometimes referred to as integral calculus often starts with a focus on the Fundamental Theorem of Calculus (FTC) and then moves on to integration techniques. This will allow students to calculate the area between and under curves using integrals.

Throughout this calculus course, they may also learn about:

They may also learn about:

Now that you know more about each math class let’s start comparing.

As you would likely expect, students tend to have more difficulty with Calc 2 than Calc 1.

While Calc 1 is mostly about limits and differentiation, Calc 2 also covers some of the fundamental theorems for Calc 3. Achieving success requires stronger math skills and a solid understanding of the subject matter.

One of the most significant differences between the difficulty of the two classes has to do with integrals.

In Calculus II, the different integration methods that students learn tend to be much harder to calculate, even for a math major. That’s because these are often entirely new, unrelated concepts for most students, so everyone starts from the beginning.

This may level the playing field for students, but it doesn’t make Calc II any less challenging.

While most students would agree that Calculus II is more complex than Calculus I, this question is a bit controversial. Some say that Calc 3 is a more challenging mathematics class, and others swear they had a harder time with Calc 2. Why?

In a Quora thread on the subject, there are a few theories on either side of the debate. Those who believe that Calc 2 is the hardest may say that it’s due to the number of brand-new, unrelated topics students need to learn and memorize. This seems especially true regarding integration techniques and figuring out when to use which method to solve equations.

On the other hand, those who struggled with Calc 3 may argue that it is more complex because of the three-dimensional aspect and additional variables. Some students find it harder to visualize and calculate 3D equations than 2D ones.

So, Which Is the Hardest Calculus Class? 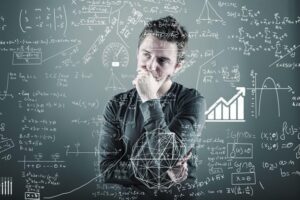 As with many subjects, it comes down to the individual.

While most students may agree that Calculus 1 is the easiest, some would say otherwise. This may be due to a lack of preparation for the class, especially if they didn’t take or do well in Precalculus class in high school calculus.

On the other hand, students who struggle with making three-dimensional calculations may argue that Calculus 3 is the most difficult. And, since Calc 3 builds on some of the fundamental theorems learned in Calc 2, and Calc 2 builds on concepts learned in Calc 1, some students may have an equally hard time with each if they don’t do well in their prerequisite classes.

Ultimately, it comes down to the individual student and whether they’re willing to put in the work to ensure they understand the concepts covered in each class (see the maximum hours one can study in a day here).

For many, if not most, students, it doesn’t matter what level it is – calculus isn’t an easy class.

However, the question of which calculus class is the hardest comes down to the individual student. Some students pick up certain concepts more quickly than others, regardless of class level or apparent complexity.

As long as they are willing to study hard to fill in those knowledge gaps, then there’s no reason why they can’t pass all their calculus classes with flying colors.