High school is a challenging and lengthy process, so it’s not uncommon for students to wonder what the bare minimum is to pass their classes and graduate. While the minimum passing grade tends to differ slightly by where you live, the expectations themselves are similar in high schools worldwide.

As a rule of thumb, you should aim to score at least 60% if you want to pass high school — but the higher you can score, the better. A 60% score correlates with a D grade in the United States. Anything lower is considered a failing grade. In Canada, you’re expected to score at least 50% to pass. And in the United Kingdom, while 40% is considered the bare minimum, scoring higher is encouraged since the system is so competitive.

In this article, we’ll explore the high school and secondary programs in countries like the United States, Canada, and the United Kingdom. Aside from examining the grading scale used to determine whether or not a high school student is passing, we’ll also explain the context of the score and the bare minimum scores you should aim for to succeed.

What is Generally Considered a Passing Grade in High School and Why?

While the educational systems in countries like the United States and Canada can vary drastically, it’s safe to say that almost every educational system in the world has minimum requirements for what makes a student “proficient” and ready to continue their studies.

In most cases, these minimum requirements aren’t that far apart. Generally speaking, students must have at least a 50 – 60% proficiency in a subject to have a passing grade. Any score below 60% in the United States is considered a failing grade. In Canada, 50% is the minimum score to pass a class.

What is a Passing Grade in High School in the United States?

In the United States, a passing grade is considered at least a D (or D-, in grading systems that use the +/- variation). In other words, you must score at least 60% to pass high school. However, this isn’t the case in every district, as some high schools consider anything below a C, the equivalent of 70%, to be a failing grade.

Generally speaking, while scoring Ds is usually sufficient to get you through your courses and ensure that you’re able to earn your diploma or GED, you should aim to at least score Cs in your classes. Anything below a C is generally considered a bad score. While Ds will allow you to pass, they may result in significant challenges if you apply to a college or vocational school.

A letter grade isn’t the only grading scale used to measure academic success in the United States. As a result of your grade, you will also be assigned a GPA (Grade Point Average) and a class rank. A college or university registrar considers your grade average and class rank along with the rest of your application, so it’s essential to ensure they’re as good as they can be.

Any GPA above 3.0 is considered good, but unfortunately, D scores convert to a 0.7 – 1.3 GPA. And since GPA sorts class rank, consistently scoring Ds can result in an extremely low class rank. Unfortunately, these scores aren’t competitive for college, and they may even result in local or community colleges questioning why your scores were so low. For this reason, it’s essential to aim for higher grades whenever possible.

What is a Passing Grade in High School in the United Kingdom?

It’s safe to say that the United Kingdom’s grading system is one of the most unique, but once you understand it, you’ll find that it’s surprisingly accommodating to every type of student. To pass your classes in the United Kingdom, you should aim to score at least 40% on your assignments.

While this number might seem surprisingly low, it’s a good score under the UK’s educational system standards. Most students score between 40 and 70%, and anything higher is considered a spectacular grade (known as First Class Honors, or 1:1).

Scoring a 40 – 44% is the lowest passing grade while scoring just 45% or higher will allow you to achieve a Third Class grade. Scores between 50 and 59% are considered Lower Second Class Honors grades, while anything between 60 and 70% is regarded as Upper Second Class Honors.

What is a Passing Grade in High School in Canada?

In Canada, high school students must score at least a 50 – 60% in their province’s grading system to pass high school. Similarly to the educational systems of other large countries, Canada’s educational system has varying requirements for students depending on where they live. In Alberta, for example, letter grades are used like in the United States — but the minimum passing grade, D-, is the equivalent of 51 – 53%.

In Ontario, students are graded on a rubric from 1 through 4. Any numerical score is a passing grade, while anything that falls below the minimum rubric score of 50% is considered a failing grade (F). And in British Columbia, students are expected to score at least a C- (the equivalent of 50%) to pass high school. Saskatchewan expects the same minimum of 50%, while Quebec has slightly higher expectations than other Canadian provinces and has a passing grade minimum of 60%.

As mentioned before, you should aim to score a higher grade. Going above and beyond the bare minimum improves your opportunities with college and vocational schools. It also ensures that you have room for mistakes — if you bomb a test, it helps to have a high test score that will average it. But regardless of how you choose to approach high school, as long as you can maintain the passing requirements expected by your school, you’ll be well on your way to high school graduation. 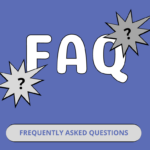