Whether you are feeling sick or your distant cousin from a second marriage fell down a perilous, fictional flight of stairs – we all need a day off sometimes.

All schools have differing guidelines for what is permissible regarding unexplained and explained absences. While it may seem like you can skip school indefinitely, it turns out this is very much not the case.

As a general rule of thumb, most schools don’t allow you to be absent more than 10% of the school year. The punishment for going past this can range from behind held back to slapping hefty fines on the parents of truant children.

To get a better idea of how many days you can miss and the punishment for truancy, we have to zoom in a bit.

How Many Times Can a Student Be Truant?

As we stated above, in most cases you want to avoid being truant more than ten percent of the time. This can get a bit complicated past that, however.

How many times was the student absent due to more essential obligations? How many of these absences were excused? What school district is the student in? Do you have any connections in the Department of Education?

All of these questions should be considered carefully before deciding to take the day off. While it is okay to miss seventeen days of the year for one kid who suffered a downturn in health – the same can’t be said for another who decided to take an impromptu vacation from their education.

An excused absence is when the school is informed of a student’s prior commitment to something widely recognized as more important than a day in school.

This could be something as minor as a checkup with the doctor to something a bit more serious like a death in the family. Typically, most people in the course of a year will have a few excused absences and they are seen as fairly minor in terms of truancy.

Now for the rebellious youth of the second grade that prefers asking for forgiveness instead of permission, there is the unexcused absence. An unexcused absence is when the school is not informed of a student’s lack of attendance. These are taken quite a bit more seriously and can result in disciplinary actions against the student and his parents.

It should be said that these guidelines are not set in stone and can vary quite a bit from one school to another. The best way to be absolutely sure what the rules are surrounding you or your child’s school is to check the school’s website or education laws in your state.

For instance, in the state of Virginia, you can’t face criminal charges for truancy. What you can receive is a fairly hefty fine for your troubles.

How To Improve Student Attendance

Education is not where it should be in the United States, though it hardly falls on any one person.

The way some kids learn varies wildly from the majority; the home lives of children vastly impact their academic ability; we have massive issues with attendance; and that’s not even getting into the compensation of most educators.

The problem is fixing a lot of these issues is a process that could take years, even decades before seeing a result.

To offer a shred of optimism, let’s go over a few things that can positively impact a teacher’s classroom attendance as early as tomorrow.

The Department of Education confirms that over six million students are absent for at least 15 days of the school year. To bring these numbers to an expedient decline, we can focus on several things.

We have an issue with looking after those of us who fall between the cracks of our society and it’s very evident when we look at the reasons behind truancy.

One of the biggest reasons behind people giving up on their education results from them feeling uncared for and not looked after. In fact, over seventeen percent of students reported that they dropped out because “no one cared” if they put effort into school.

A mentor program allows a student to get educational aid from someone trained to assist them, and they can work through school with the help and attention of a capable adult.

The average class size sits between 21 – 24 kids, which makes it hard for everyone to get the necessary amount of attention. If those on the lower end of the grading spectrum started seeing their grades increase – most schools would likely see their attendance increase.

This is outside of the fact that whenever you decide to not attend school you have to explain to your mentor how your dog ate your enthusiasm for knowledge.

The unfortunate reality is that some students do not receive enough attention from their educators which makes it easy for them to lose interest. When an enthusiastic mentor gets behind a student, it makes the student much more motivated to show up.

Students are less likely to be absent if they have to answer to an immediate mentor the next day. While this is a program that will cost a good bit of money and some time to implement, it is present in quite a few schools already.

It may not be necessary for all students either – but for those that require some assistance, it will prove worthwhile to have it available.

Schools are a product of their community to some degree.

If a local neighborhood has had a drug problem that plagued it for decades – it will be felt by educators. If there are large groups of kids from two socioeconomic backgrounds, they will likely clash with one another and cause fights, bullying, and other violent incidents.

Sometimes schools don’t have a ton of resources and it causes grades and graduation rates to suffer. There are a number of different reasons for struggling attendance rates.

It is hard to blame educators for the bad environment they find themselves teaching in, but it’s important to pay attention to what is dragging your students down.

If a teacher finds themselves with a group of students struggling with addiction, they should take steps to help these kids. If a kid shows signs of getting pushed around by other kids, steps should be taken to mend the situation.

These distractions may seem hard to fix, but they often are a large cause of why many students choose not to show up to class.

When truancy feels like a better alternative than the reality some students face at school, it is time to start taking action. This starts with positive, enthusiastic relationships with students and taking an active interest in every kid’s education.

If you find that the neighborhood your school is in causes problems for the student body, look to other community leaders for help. There are typically more people looking to do good in a neighborhood than we realize.

It always felt counterproductive to punish a kid with a sketchy attendance rate by telling him to stay away from school. If a child is actively misbehaving the best solution isn’t going to be to send him home and deal with the problem in a couple of days.

Most kids do not find the monotonous nature of a school year incredibly fulfilling – so getting sent home can feel like a reward for a hard day’s work after a while.

Suspensions do not aid in the education of a student, nor do they serve as a meaningful punishment. If a kid is taking the steps to do things that result in him or her getting suspended, they are more than likely pretty open to the idea of missing school.

Instead of allowing students to miss more school and fall further behind, we should take steps to fix the problem itself.

Keep in mind that we are not discussing in-school suspension – though they should also offer ways to keep up with the student’s curriculum.

Better alternatives could be volunteer work after school, additional homework, community service, and other more productive forms of punishment.

At the end of the day, punishment should help reform students not reinforce bad habits. While it may be easy and even a relief to send a problem child home for the day – it doesn’t solve anything and will only aid in a student’s delinquency.

Studies have shown that removing students from their classes for consecutive days at a time can have a negative impact on their education. Suspensions have also been linked to increased rates of criminal behavior in children as they begin to separate themselves from school.

Removing kids from school isn’t a punishment for the student, even if the outcome is incredibly negative long-term.

School can be a difficult thing for many students to wrap their heads around. Education varies from country to country and is vastly different depending on where you go.

While we want to make sure our students get the education they require, it is important that they don’t feel so overwhelmed they choose not to come. The difficult reality of truancy is sometimes there is very little you can do to stop a child from absenteeism.

Thankfully, most cases can be improved and even fixed over a long enough timeline. If you are a teacher who is spending their off hours looking up ways to aid your students, you are probably already on the right track to being a brilliant educator! 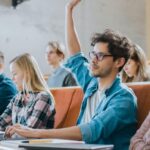 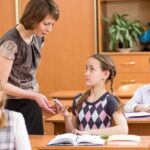 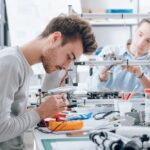